Random Thoughts on Writing and Photography

Lamy 2000 Black Amber. A celebration of a timeless icon. 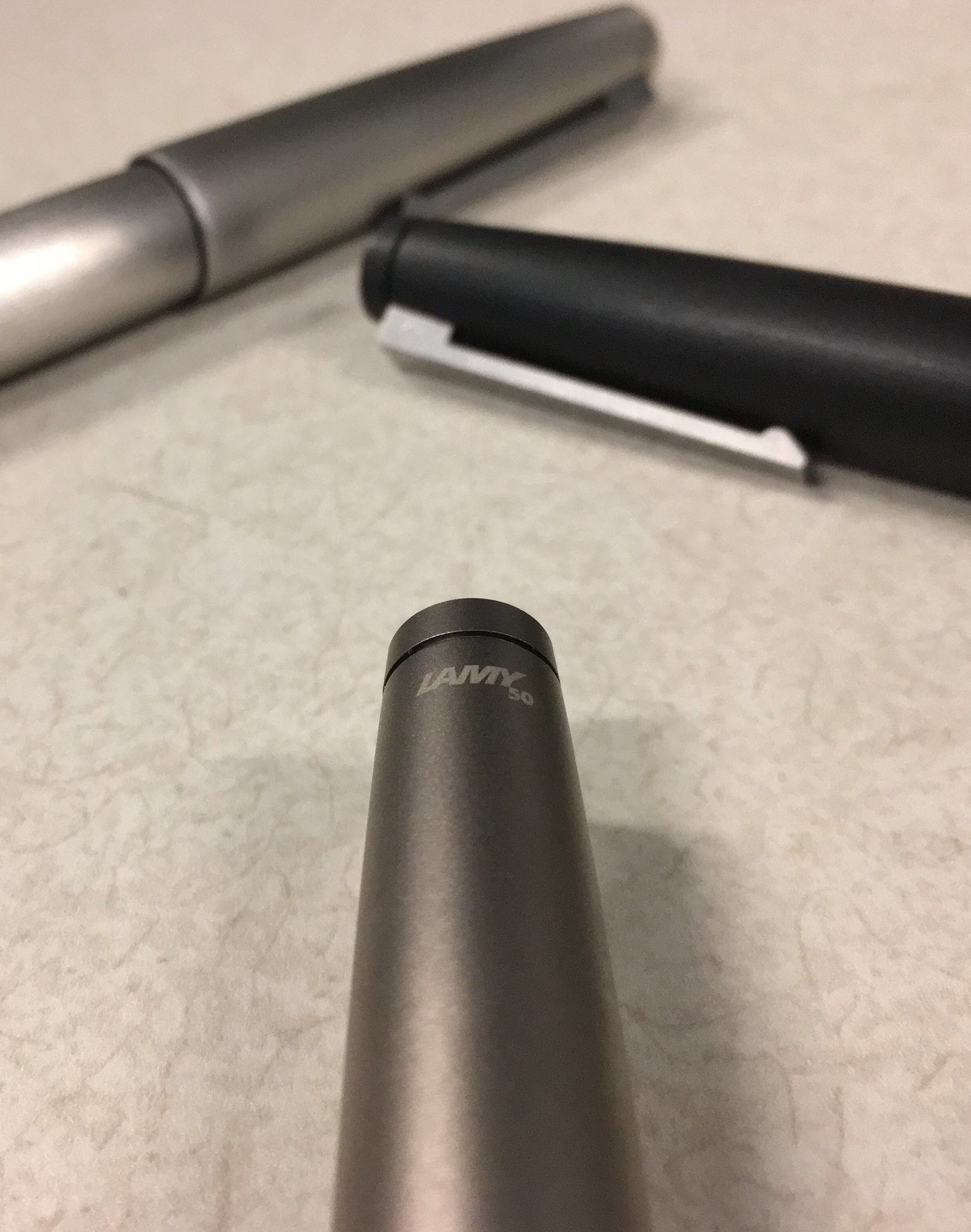 Hello Dear Readers.
This is my second post on the Lamy 2000 journey that I’ve been on.

I had become a die-hard fan of the Lamy 2000 simplicity and Bauhaus aesthetic. So when I learned about the release of a 50th anniversary model last year, I was pretty excited. Sadly though, the roll-out of the new model, for me, was quite anticlimactic.

There was quite a buzz of speculation on FPN by eager members in the days leading up to the announcement. Some of the proposals were sensible, and others were quite garish in my imagination.

The new model was announced, the change was quite conservative; essentially a new paint-job on the old Lamy 2000 Stainless model. I believe it was faithful to the Lamy 2000 philosophy, but for a lot of folks it was a serious let-down. 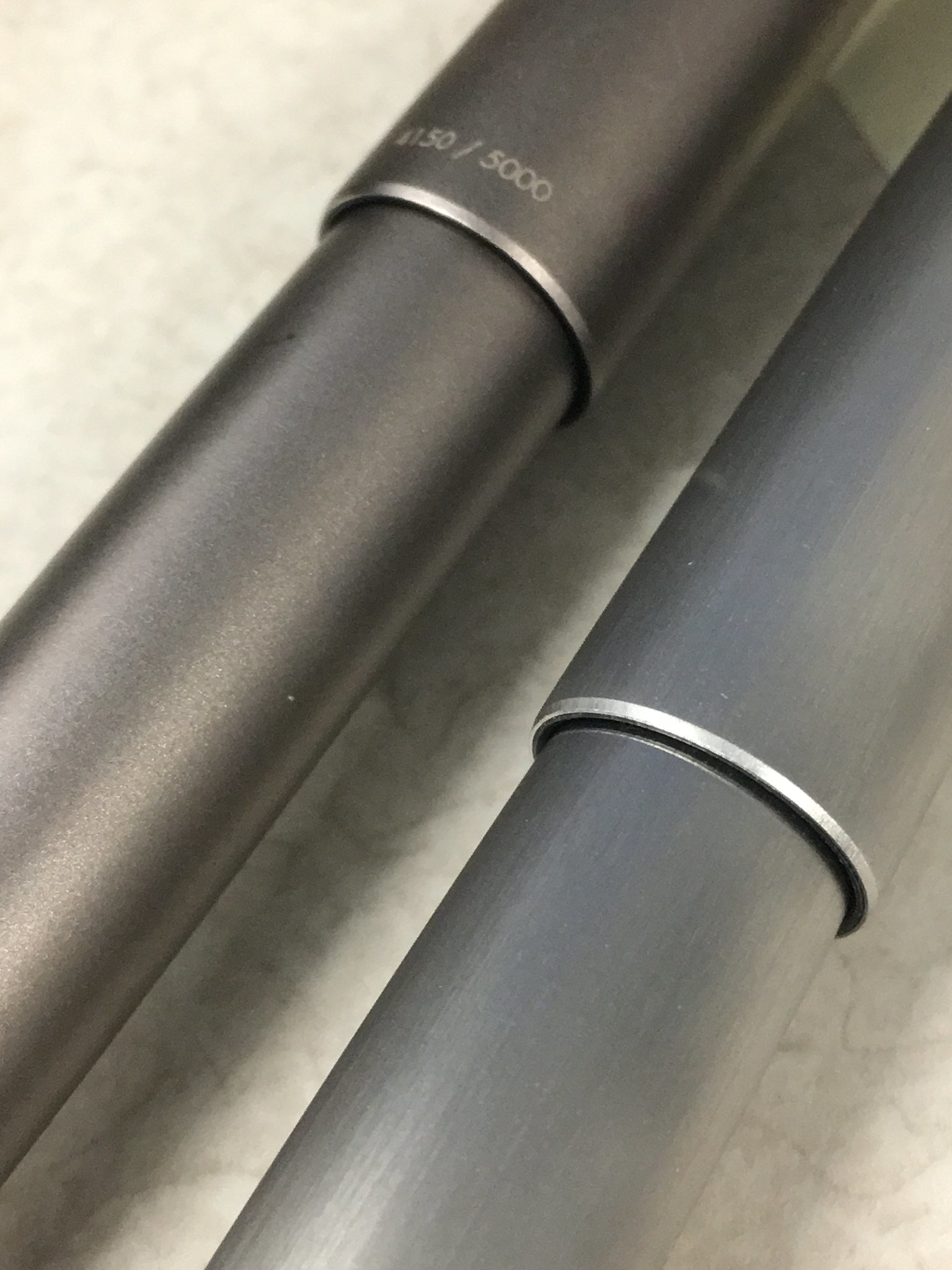 The thing that was a more serious turn off for me, was that the pen was priced at around twice the stainless model, with express instructions from Lamy to its retailers forbidding them from marking down or discounting the price in any way.

Needless to say the forums were flooded with irate comments expressing disappointment. I was one of the rioting villagers with a pitchfork and a burning torch in hand, protesting the new model.

My other two L2K’s started out as Broad nibs (hard to come by), modded by Mr. Masuyama to write like a crisp stub.

Imagine my surprise when I happened upon an L2K Black Amber up for auction on flea-bay with a starting bid that was very low. Best part was, it came with a ‘B’ nib. I bid like crazy on the thing and ultimately won out the auction. The thing cost me about the same amount as a regular stainless model retails for nowadays. 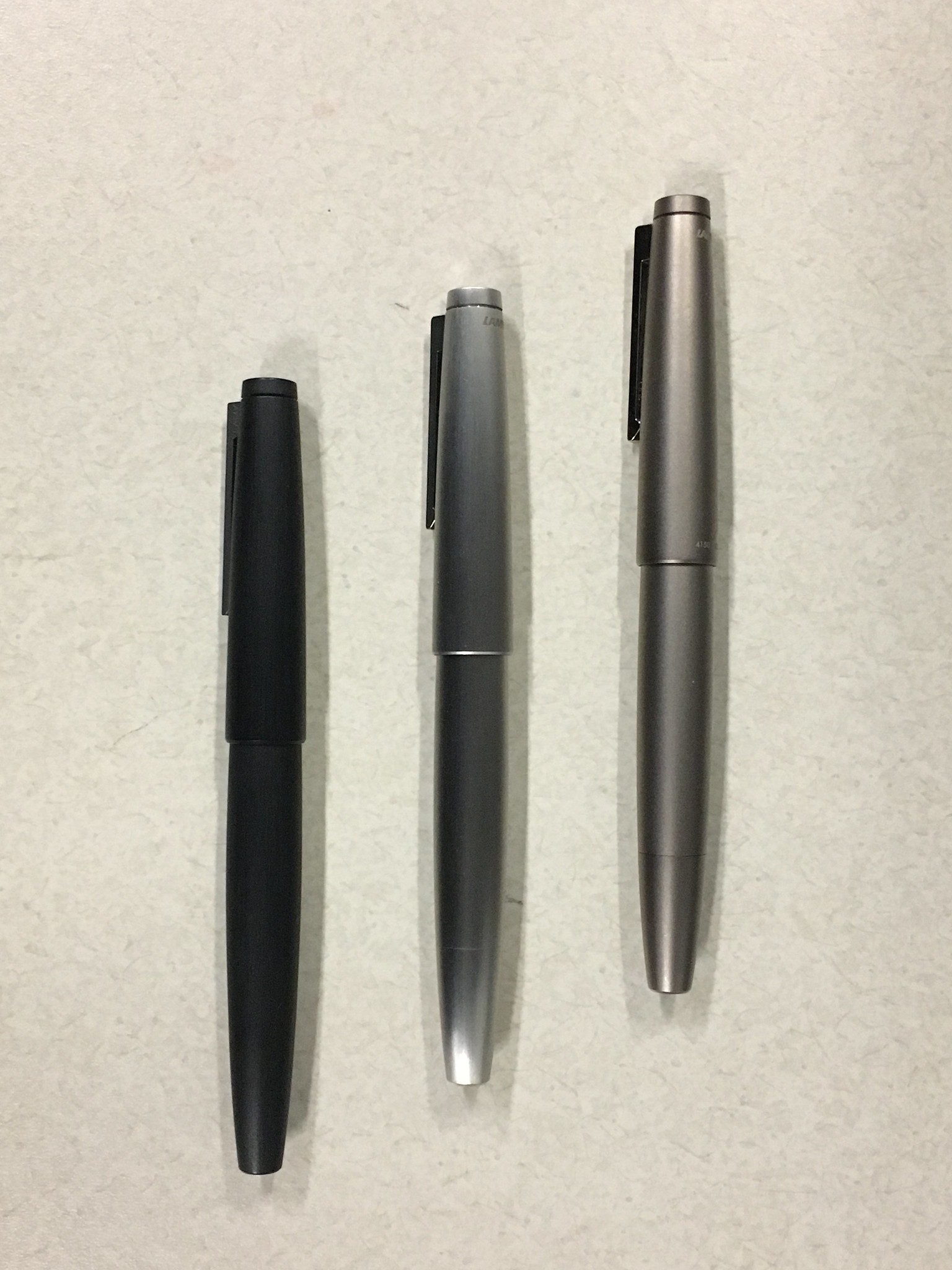 “This special edition Black Amber Lamy 2000 features a stainless steel body with a special coating that gives it a warm, satiny texture and appearance. Created to celebrate the 50th birthday of Lamy’s flagship fountain pen—and one of the most iconic pens in history—it is limited to 5000 individually numbered fountain pens worldwide.

Like all Lamy 2000 fountain pens, it features immaculate construction, a luxuriously smooth 14k gold nib, and a strikingly modern design—despite being virtually unchanged since it was first introduced in 1966. Its built-in piston filling mechanism holds an impressive amount of ink, and its spring-loaded clip make it easy to slip in and out of a pocket or pen case.” 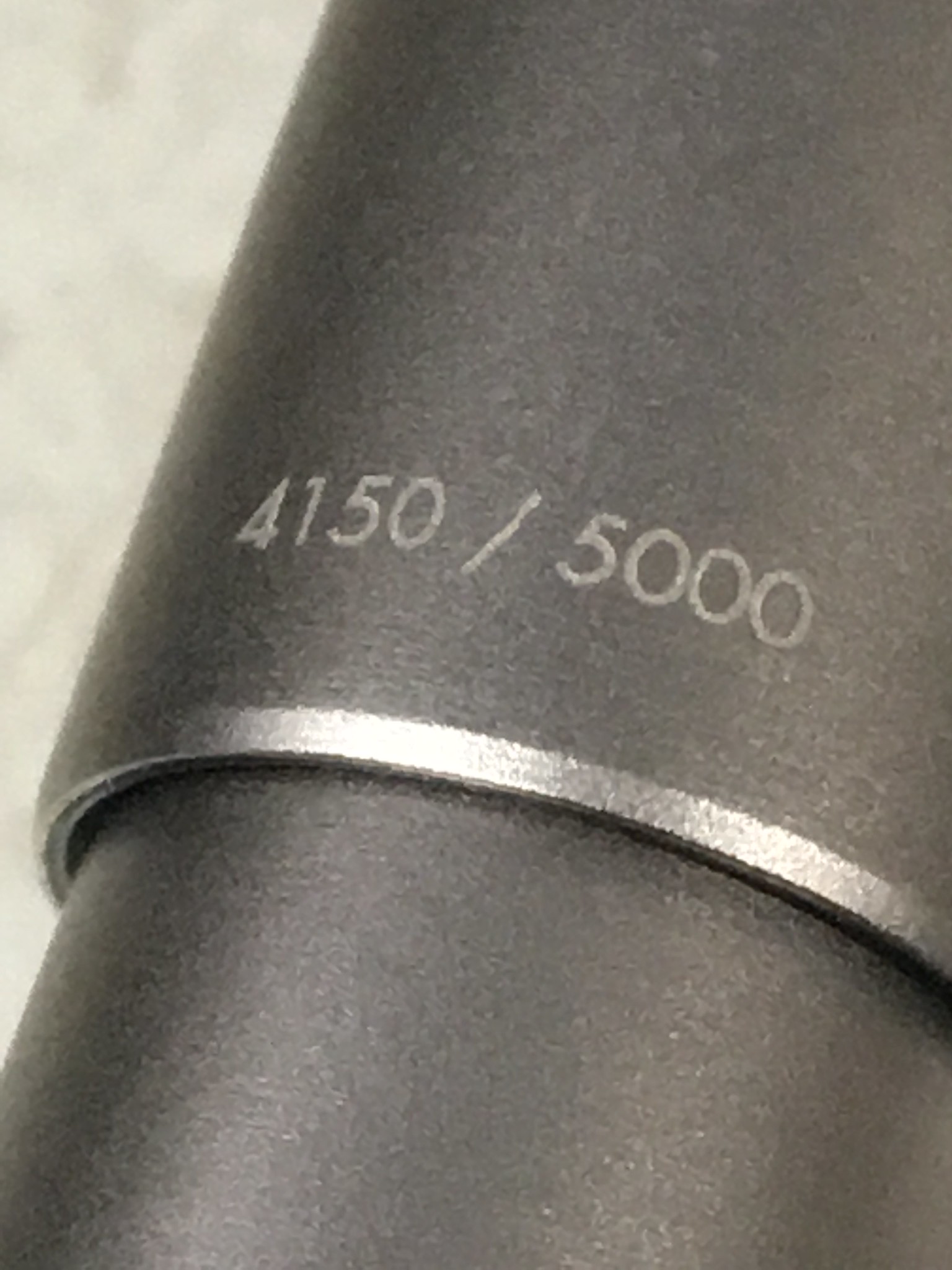 I acquired the pen in May ‘17 and set it aside for the SF Show in August during which I took it to Mr. Masuyama’s table to give it the same grind as the other two L2K’s. 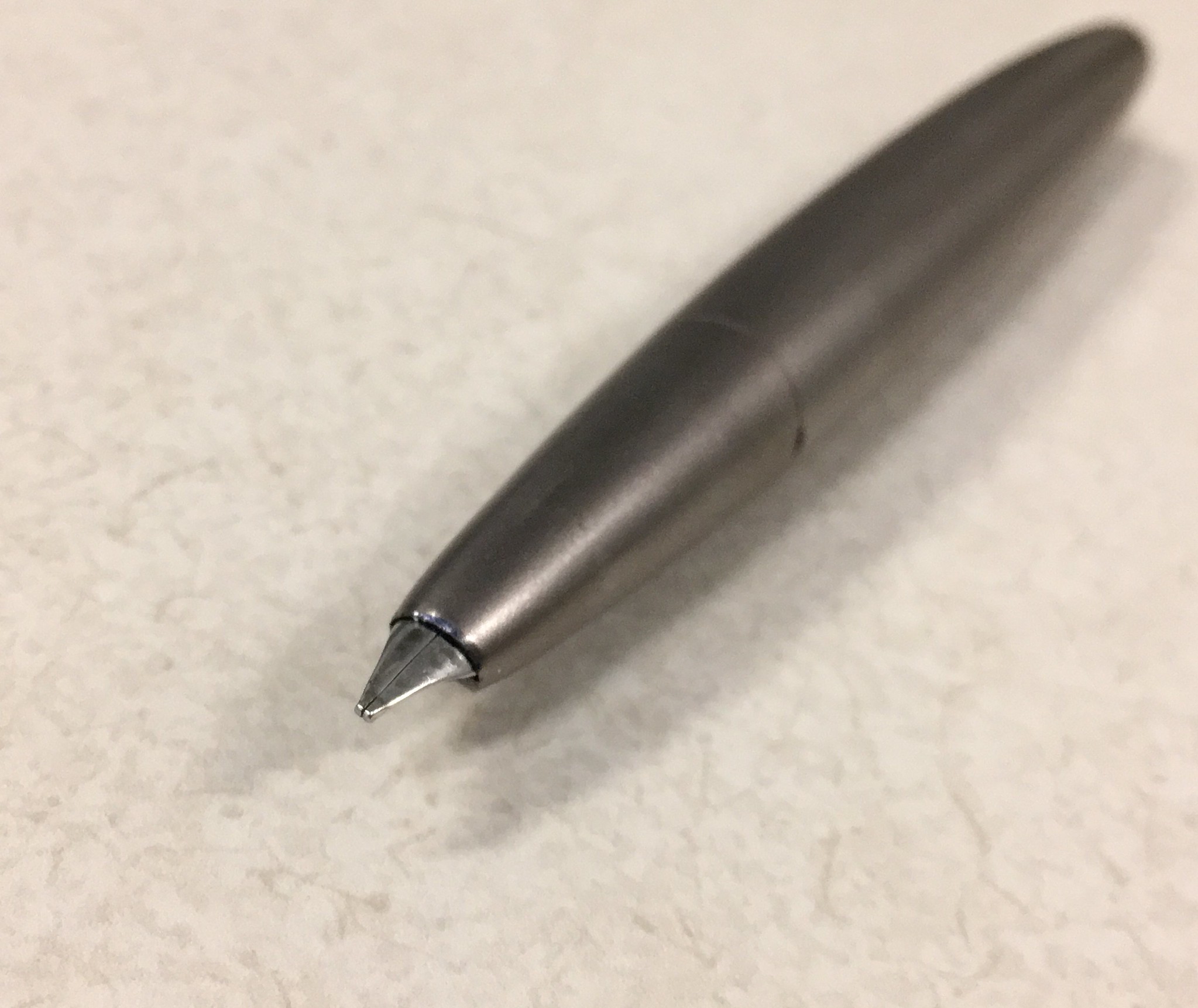 Now it serves faithfully in my quiver of L2Ks I take to work with me everyday.

Initially I had loaded the three Aurora inks in them, but the only Aurora ink I’m still mad about, is the Aurora Black. The blue is too boring and the recently introduced blue black has been a disappointment ( lots of dry-out and flow problems).

I instead now use the pilot namiki inks of the same colors: black, blue, and blue black. They work quite well for me now.

After all the noise I made about this pen, I feel a bit guilty to then proceed to purchase one and use it daily. But conversely, I saw the opportunity and went for it, so at this point I have adequate justification. And if I can justify it to myself (and perhaps the better half), then all is well in this trade.